The Bendigo engine shed precincts were photographed in April 2004 when the site was under the control of Southern Shorthaul Railroad, and there were many odd vehicles in the yard and some interesting relics in the vicinity of the shed.

7RT sits on the turntable inside the engine shed at Bendigo. It had presumably been towed there from elsewhere, as the chain was disconnected and on the floor of the cab. 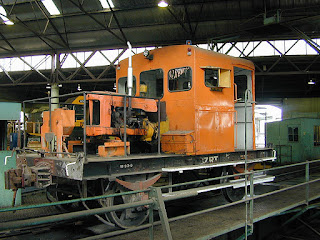 The shell of a VR B Class locomotive that would later be refurbished and returned to service. 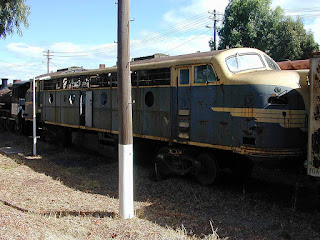 A B Class bogie frame, the traction motors and wheels were stored elsewhere for refurbishment. 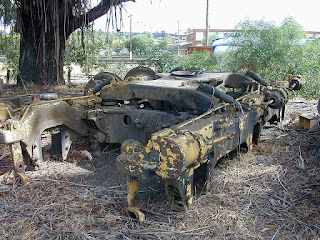 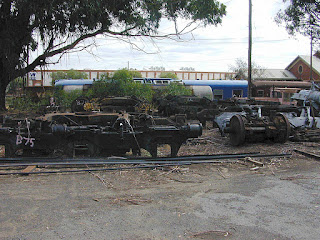 D3 619 stored, waiting to be restored. It was subsequently moved to the Victorian Goldfield Railways, where it awaits restoration. 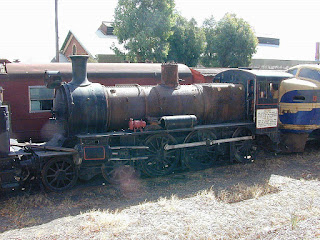 This SAR Redhen railcar was also stored outside the shed for some time, with a second unit at the rear. 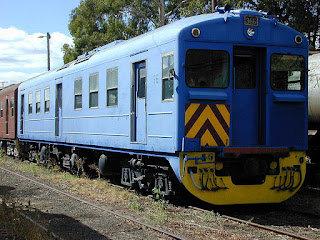 General Motors 6 cylinder engine of the type fitted to the Y Class. 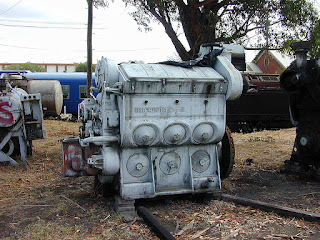 General Motors 6 cylinder engine of the type fitted to the T Class. 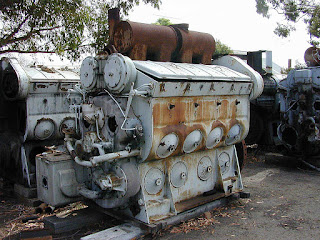 General Motors 16 cylinder engine of the type fitted to the B and S Class. 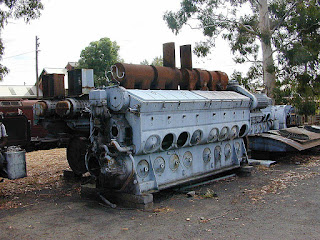 H2 and H5 sitting in the yard at Bendigo. H Classes frequently hunted in packs of two. 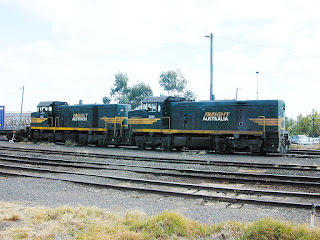 RT60 is busy shunting the yard in Bendigo. 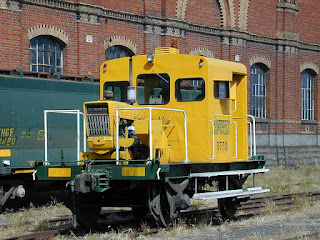 RT54 came from Portland where it was operated by the Portland Harbour Trust. 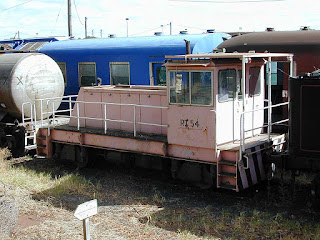