My friend John, who lives in Pyalong, had been told by the publican at the Pyalong Hotel, that originally there had been 3 timber bridges in the district, but I had only managed to locate 2 of them. Fortunately, John had found this one on his daily walk routine.

There is almost nothing left of the bridge, it had been cut down with a saw and then extensively excavated, in fact the excavator is still beside the bridge.

However the excavation has, in a small way, provided an interesting insight into wooden bridge construction by showing the foundation detail below ground. The third photograph shows a close shot of the excavated south approach, with the piles driven into the abutment shown quite clearly. Also visible, is some wooden abutment timbers.

The second photo reveals that the original bridge structure has been cut down, presumably using a chainsaw, probably to remove the danger of falling timbers for sheep grazing or passing under the bridge. 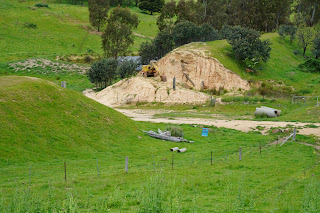 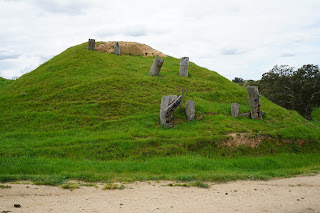 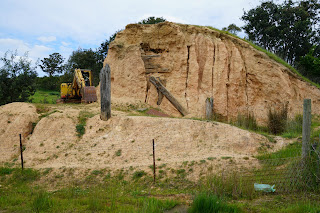 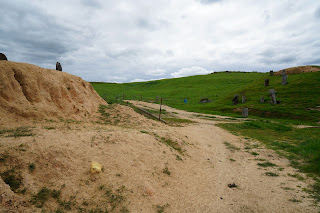