I wanted to check out Casterton Station to see if there was any sign of the large trestle off the end of the yard. There was plenty to see, as the area has not been redeveloped. The turntable, engine shed and such have been removed and that space is now occupied by a sort of park and rotunda.

The bridge is long gone though, which is probably understandable, as it would be a magnet to young kids and would be quite an unsafe item to have sitting in the middle of the town. There is some evidence, but just piers and remains of piles along the route to the Glenelg River. 'Tis a pity though, as it was a unique bridge.

However the goods shed it still there, plus some warehouses on the perimeter, and the magnificent brick station building is in good condition externally and is now fenced off, presumably to keep vandals out. 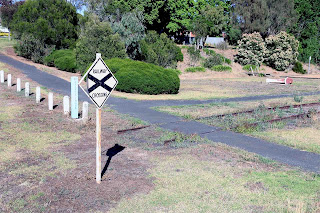 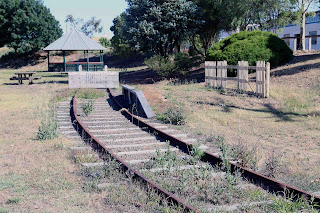 In contrast, This photo shows J 532 sitting outside the engine shed on March 29, 1959. just to the left of the above photo.

The station building appears to be intact, although it is securely fenced off and you cannot get close enough to look in the windows to see what is happening inside. View from the track side. 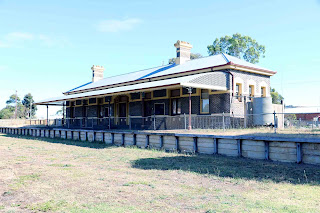 View from the road side. I had to poke my camera through a hole in the surrounding wire fence to get this shot, it is very securely fenced. 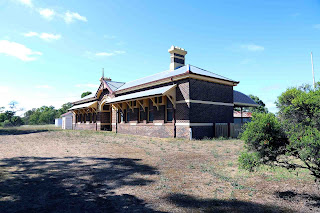 The former goods shed has been re-purposed, and appears to be used as storage for a plumber. 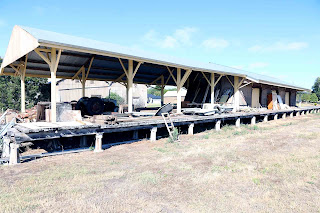 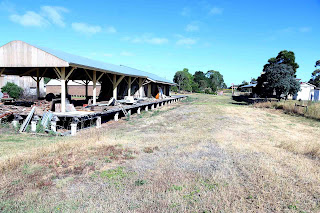 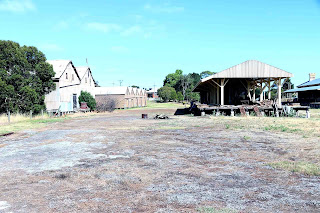 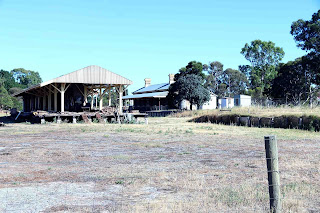 This view looks out over the Glenelg River flats towards the river, and shows what little remains of the once-magnificent long wooden bridge that crossed the road, river flats and the river. 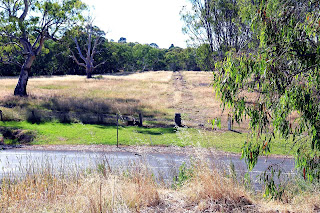 This view is taken from the same position, but looking back into the throat of the station yard. 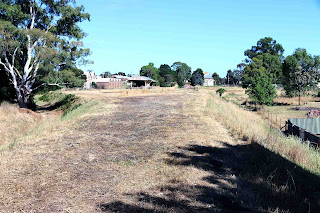