This bridge is significant in that it is the longest surviving timber bridge in Victoria, at 293 Metres. It was built during the construction of the Branxholme to Casterton line in 1884, and has survived largely intact due mainly to the fact that it does not threaten anybody and is isolated out in the middle of grazing lands.

In contrast, the nearby, and longer, bridge that carried the railway over the Glenelg River flats and the river itself, was demolished due to the risk to town folk from bits falling off it. This bridge was longer, estimated to be between 390 and 400 Metres long.

We were very fortunate to be able to locate the farm owner who gave permission to access a gate on the ROW and drive right up to the western bridge abutment. 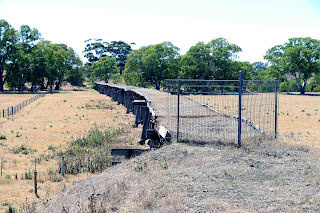 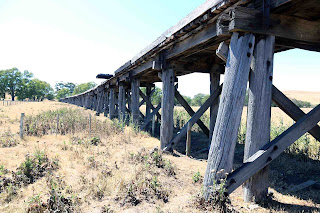 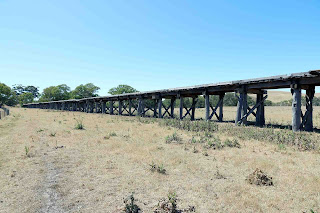 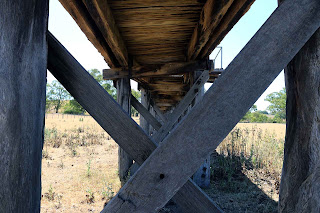 This photo is surprising in that it appears to show a crosshead that was replaced in October of 2004. 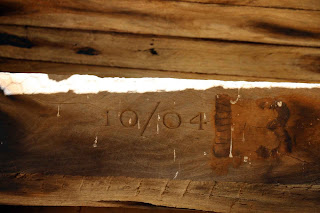 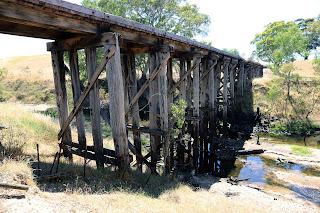 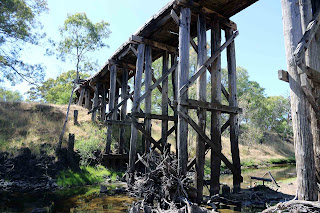 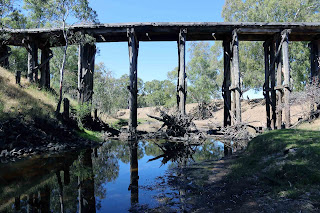 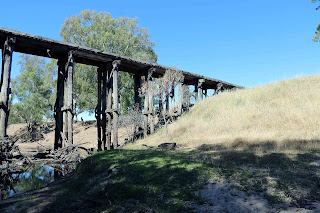 The Mortal enemy of bridges is flood debris, here there is a collection trapped by the bridge piles. The Wannon River can get quite full during the winter and this debris is a real risk to the bridge. 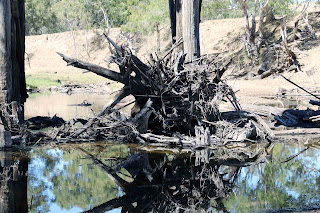 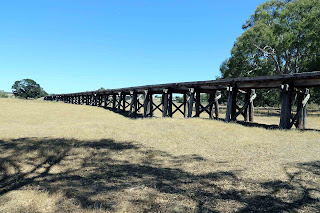 This is best viewed in full screen and high definition 1080p.


This is a short clip taken by my friend Ian with his iPhone 5 in slo-mo showing the Phantom landing.