Alongside the Wimmera Highway where it crosses the Wimmera River at Quantong, this bridge is in fairly good condition. It is of approximately 138 Metres in length, all wooden construction over a large and fairly full river.

Robert Redman advises that the nearby bridges over the river flats were dismantled by the Victorian Goldfields Railway, with the blessing of Victrack, in order to provide timbers for the repair of a bridge on their line near Castlemaine.

Yet timbers on the bridge indicate that sections were replaced in 1984, not long before the line closed in late 1986. There was a proposal in the early 80's to relay the line with heavier rail as far as East Natimuk so bigger diesels could haul GJX type hopper wagons to service the large grain facility at East Natimuk, and this could explain the repairs. 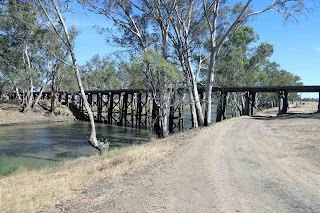 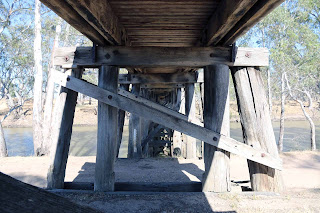 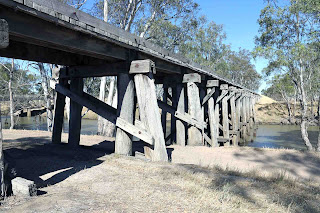 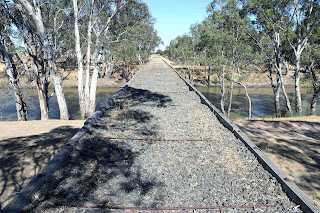 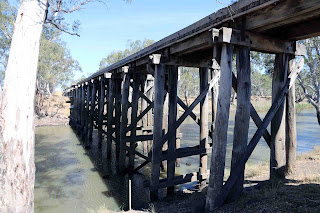 An oldie but goodie from Des Jowett, showing J503 on an Up Goroke to Horsham goods on January 6th. 1962. It is shown crossing Natimuk Creek just west of the town of Natimuk.
This photo shows D3 641 approaching the Wimmera River bridge on 11-11-1957 with the weekly Balmoral to Horsham goods. It was very rare to get a D3 on this train which normally was a J, K or N.

This clip is best viewed in full screen and high definition 1080p.

This time Ian captured a takeoff with the Phantom in slo-mo at 1/10 speed.