This bridge is relatively new in comparison to bridges in the Western District, having been built in 1917. Originally there were two branches, one from East Natimuk to Toolondo, and the other from Hamilton to Cavendish. The middle section was not completed until 1917.

This is a composite bridge, with 3 main spans of 12.8 Metres in steel plate girders and 7 sections of 20 foot wooden beams. The total length of the bridge is 75 Metres.

Sadly, the bridge is not in good condition, although some attempts appear to have been made to encase some of the piles in concrete caisons. It is considered a local attraction and visitors are encouraged to visit the bridge. One pier has recently rotted away to the point where the pier has collapsed into the water at the southern end. None of the wooden spans are left intact.

We met the friendly owners of the Bridge Cafe, adjacent to the bridge, Nick and Vicki, who supplied us with refreshments on a very warm early December day. If you pass through, call in and see them. 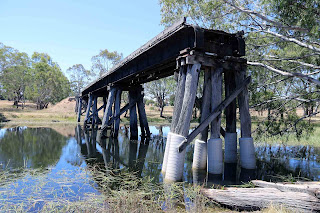 The collapsed pier at the southern end of the bridge. 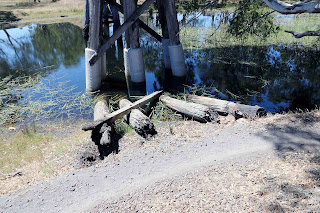 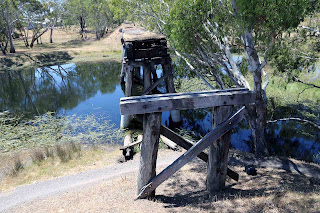 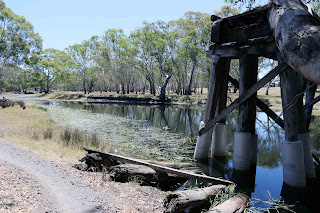 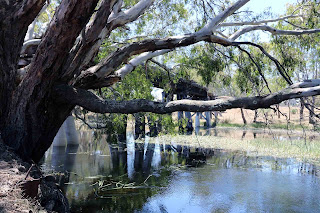 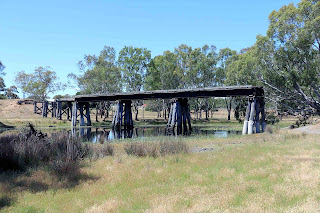 This photo comes from Des Jowett. He was working J503 on a Hamilton to Horsham goods. The photo is taken from the north east corner of the bridge. Des wrote:

"I always carried a camera at work on steam shifts and the one at Cavendish is the 8am Hamilton to Horsham goods. The loco is being worked "one man" until I was picked up after taking the photo then we continued on to Horsham"

This clip is best viewed full screen and in high definition 1080p.