The bridge is located on the property of the historic Fulham Homestead. We visited the homestead to ask permission to shoot the bridge and met Greg Walcott, the owner. Greg was very accommodating and gave us a brief tour of the restored cook house on the property.

Most of the buildings on the property, including the homestead itself, are built from rock hewn from local outcrops, and Greg and his wife had restored the old cook house to original condition, and they now use it for entertaining. The roofs of many building were thatch, that was later covered by shingles and then roofing iron. The property dates back to 1848, so it predates the railways in Victoria by 6 years.

Greg told us that some time ago a work team turned up at the property with the intention of demolishing the bridge, but he refused permission and obtained a heritage order on it. Fortunate indeed, as we would not have had anything to shoot.

Originally there were two bridges at this crossing of the Glenelg River, but the southern bridge was burnt out. This leaves the existing bridge, which at a length of 189 Metres, is the second longest surviving wooden bridge in the state. The bridge is of all-wooden construction using 20 foot spans of timber beams.

The bridge is surrounded by River Red Gum, making it difficult to shoot with the drone, and even from the air, is still hidden to a large degree from view. It is in fair condition, like other bridges that are isolated on private property, this protects them to some degree.

All phots are taken from the northern end of the bridge, as it was not practical to cross the water to get to the southern end. 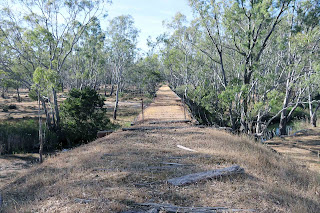 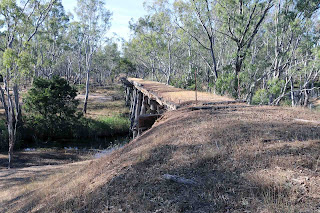 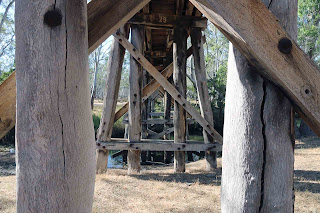 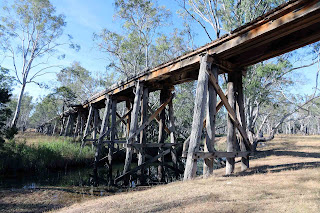 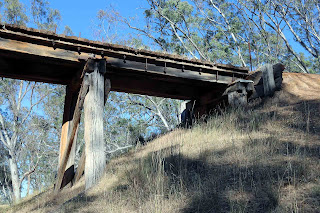 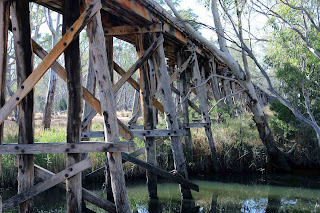 The 31st. of 32 piers supporting the bridge 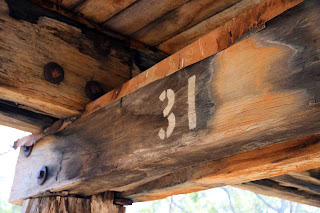 This clip is best viewed full screen and in high definition 1080p.

Just a little cameo in this by a BullAnt I picked up from the launch site. He crawls down the left side of the camera lens at about 1:35, he did this a few times in material that was cut out of the clip. I don't know if he made it home again, but one hopes.