Six Pack Of Bridges across a drainage channel that aggregates four creeks into a single channel. The four, Cardinia, Gum Scrub, Toomuc and Deep Creek, are crossed by six bridges, at the 17.68 Km point from Cranbourne. The amount of scrub and blackberries make it quite difficult to get to vantage points for good photos. The creeks are also tidal at this point, being less than 3 Km from Westernport Bay and some channels are lined with mangroves.

A simple 4 opening bridge with timber trestles and cast concrete deck. This is the nearest bridge to Cranbourne. 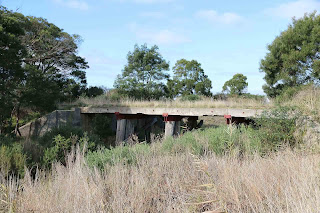 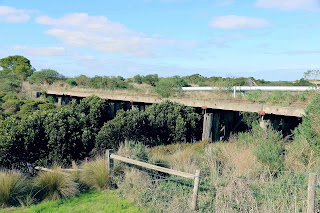 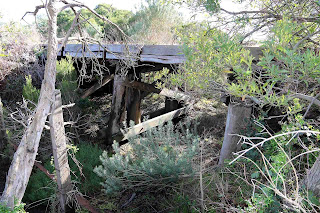 The longest bridge in the group. I was not able to determine the actual number of openings due to the inaccessible  nature of  the centre section. 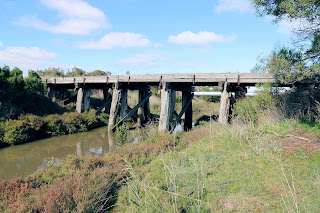 View across bridge number 4. It remains one single bridge even though it crosses two waterways. 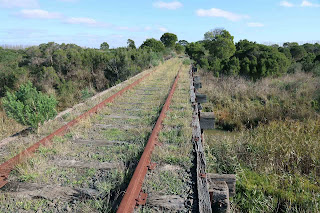 This bridge has 9 openings, timber trestles with a mixture of wooden deck and cast concrete deck components. 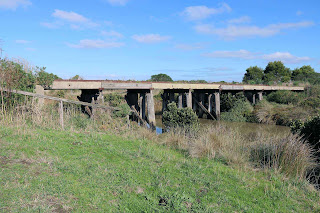 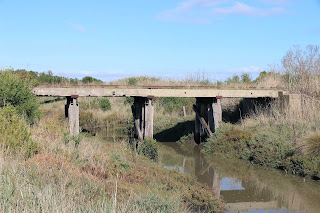